The Feature of the Month for February profiles Mallard Painting. With over 30 years of experience, the well-reviewed company has earned a reputation as a premier wallpaper and painting specialist in PEI.  Offering service primarily in the Central and Eastern areas of the Island, owner and operator Wade Clements and his dedicated team’s mission is to deliver quality finished products at very competitive rates.

Early Beginnings
Wade Clements first explored his inner painting desire almost 40 years ago. “My first project was painting my grandfather’s (Cyrus Penny’s) house in 1978,” he recalls. “Though this was my first project, I very much enjoyed seeing the finished product.” After painting his grandfather’s home, Wade took on various other painting projects in the summers and on the weekends until he finished school in 1983 and decided to begin painting on a full-time basis.  From 1983 to 1990 he operated the company under his own name. Since 1990, the company has been operating under the name of Mallard Painting, in celebration of his wife Janet’s maiden name.

Business operations for Mallard Painting have grown significantly since its launch. The company now employs 2 full-time and 2 part-time employees and runs a vehicle fleet of 2 vans and a truck. They have also recently added a 50-foot aerial boom crane to the fleet, which allows for them to complete more complex jobs.

A Day on the Job
A typical day for Mallard Painting entails checking the weather forecast to organize for the day. During peak season, the team often splits up, with one crew always undertaking projects in Montague/Southern Kings and the other crew mobile depending on the location of the other projects to be completed. The company completes both interior and exterior and commercial and residential projects. While they take pride in every job completed, some of the recent unique projects completed with the help of the aerial boom crane include various lighthouses around the Island, the Cineplex Theatres in Miramichi and Bridgewater and the Best Buy in Charlottetown.

Satisfaction of a Job Well Done
“There is nothing like driving away from a new freshly painted house that looks like a million bucks,” Wade says with a chuckle. While taking great pride in their work and with customer satisfaction top of mind, it is not lost on Wade and his team that the quality of a final painting project can give a home a rejuvenated feel, or bring together a home renovation project. “We take pride in being able to see each final product,” notes Wade.

Looking forward, Wade has aspirations to continue to grow his business. Now completing projects for a second generation of clients, it is his goal to continue to exceed the expectations of customers with the help of hardworking skilled tradespeople.

“I first signed up for ToolBoxExperts.com in April 2015 as I liked the idea of a central, online directory for residential service providers for PEI. I soon found that being listed on ToolBoxExperts.com helped expose my business, especially in the online world. With this early success with a free, basic listing, I soon upgraded to a premium membership – and I’m glad I did! The benefits of a premium membership have significantly increased my online exposure. I look forward to being part of the directory and seeing it grow further in the future! Keep up the good work guys!” 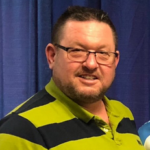